We got up on a mission.

Randy, the cousin of one of our friends who allowed us to crash at their campsite at the Chip, is my new hero.  He was able to do some diagnostics on my bike and conclude that it was the regulator of the bike.  I tried to telephone the Harley shop in Sturgis itself, and only got a message on their answering machine that stated:  “Due to the large volume of calls we are unable to come to the telephone.  The number for the local towing company is …..”  Not a good sign.  Our only option was to try and get to town.

We had heard that there was a bus to take us into town but no one seemed to know where it picked people up, what the schedule was or how much it cost.  Poor communication and a bit of a tick off for us because we needed to get to town. As it was, we were able to flag down and taxi and talk the driver into letting us hop in on the fair ( to the agreement of the existing passenger) and off we went to Sturgis.  The plan was to purchase a regulator, get it back to camp then try it out and hope it worked.

While we were in town though, we decided to take the time and explored. 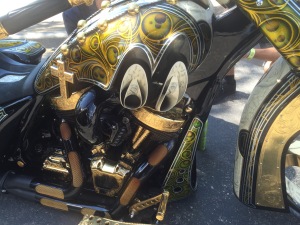 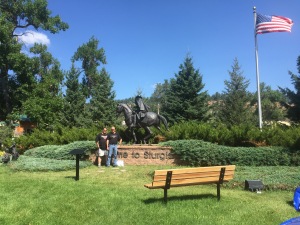 Within minutes I was on chrome overload and just stopped saying “Oh! Look at that !”  after the 15 – 20th time.  There was just too much to see and all the bikes present were overwhelming……. As well as the people. 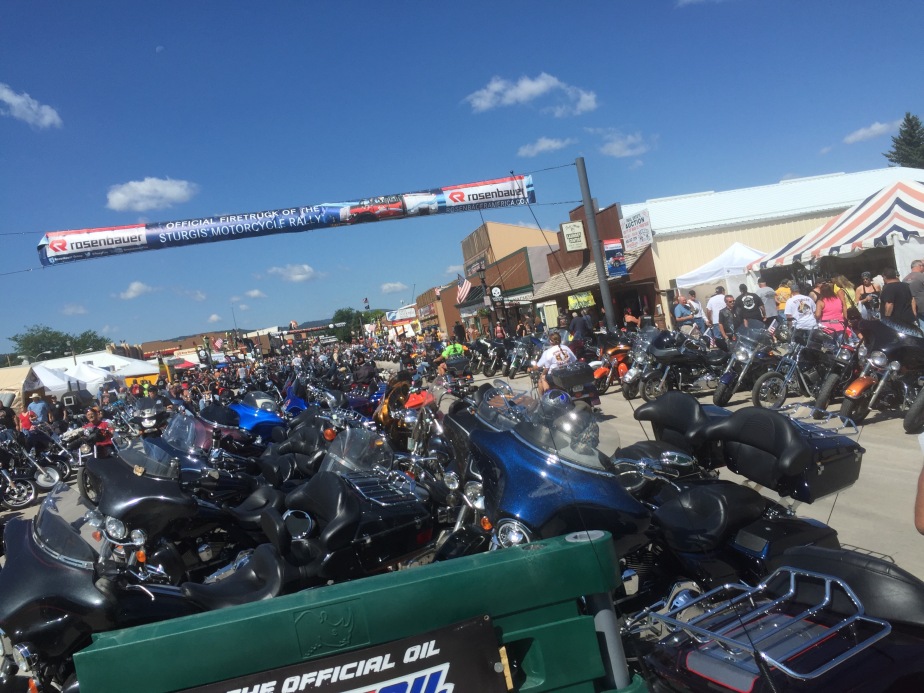 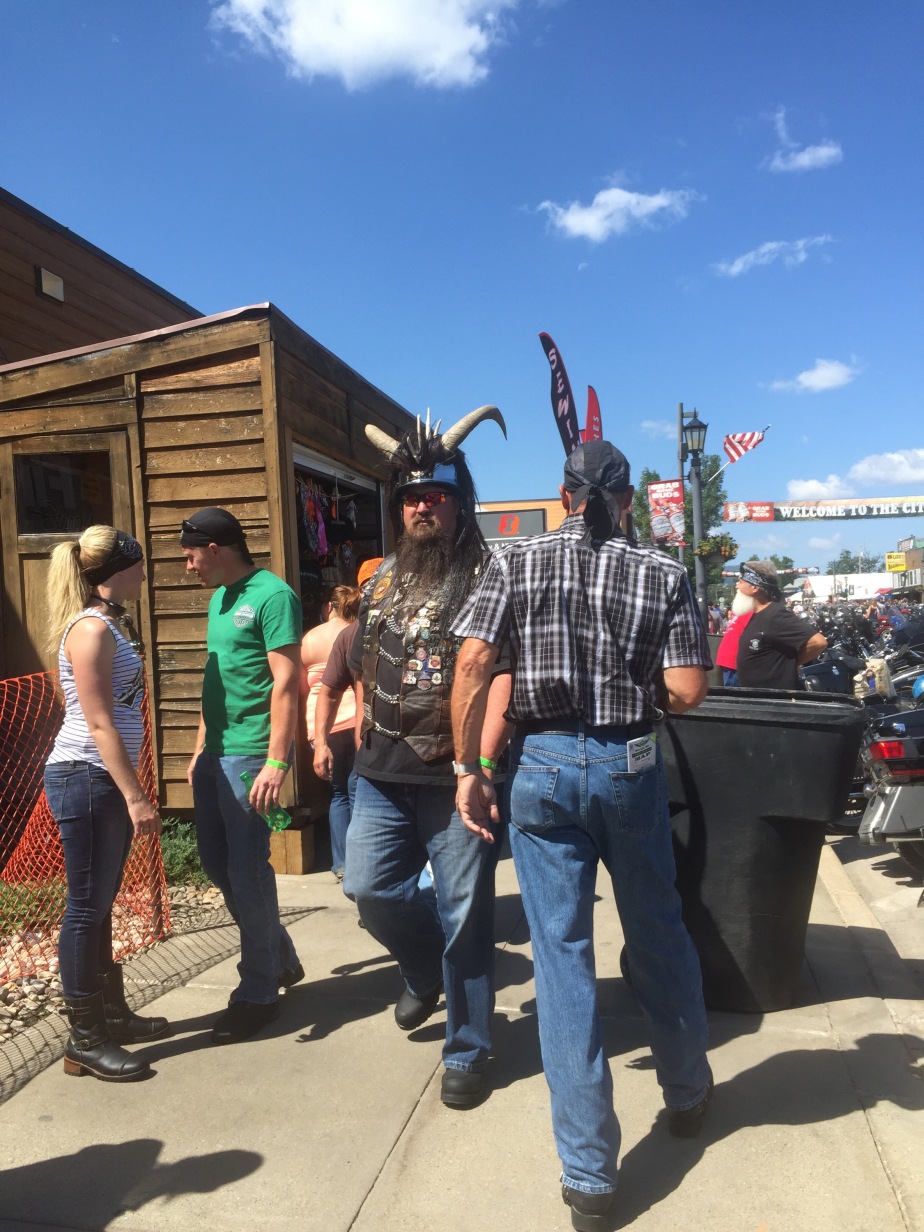 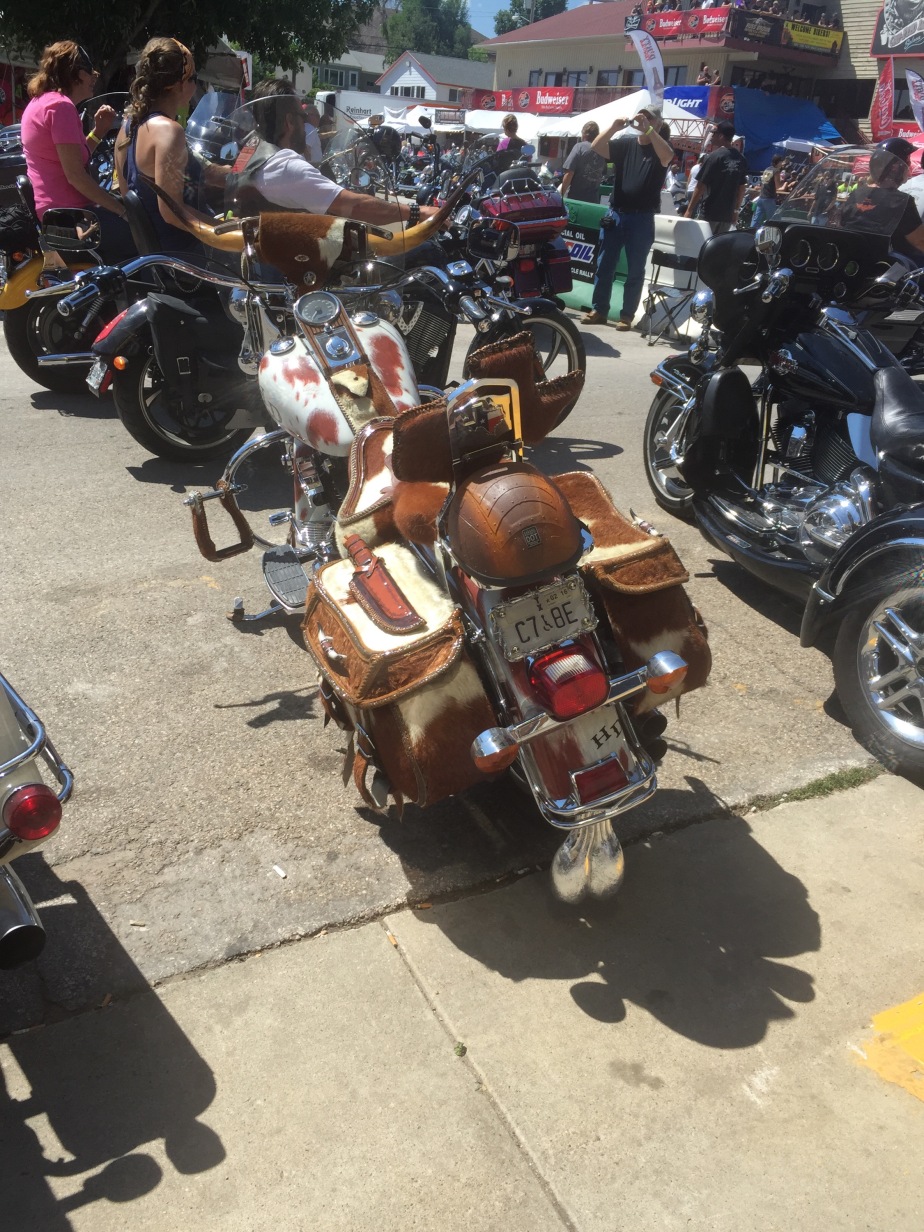 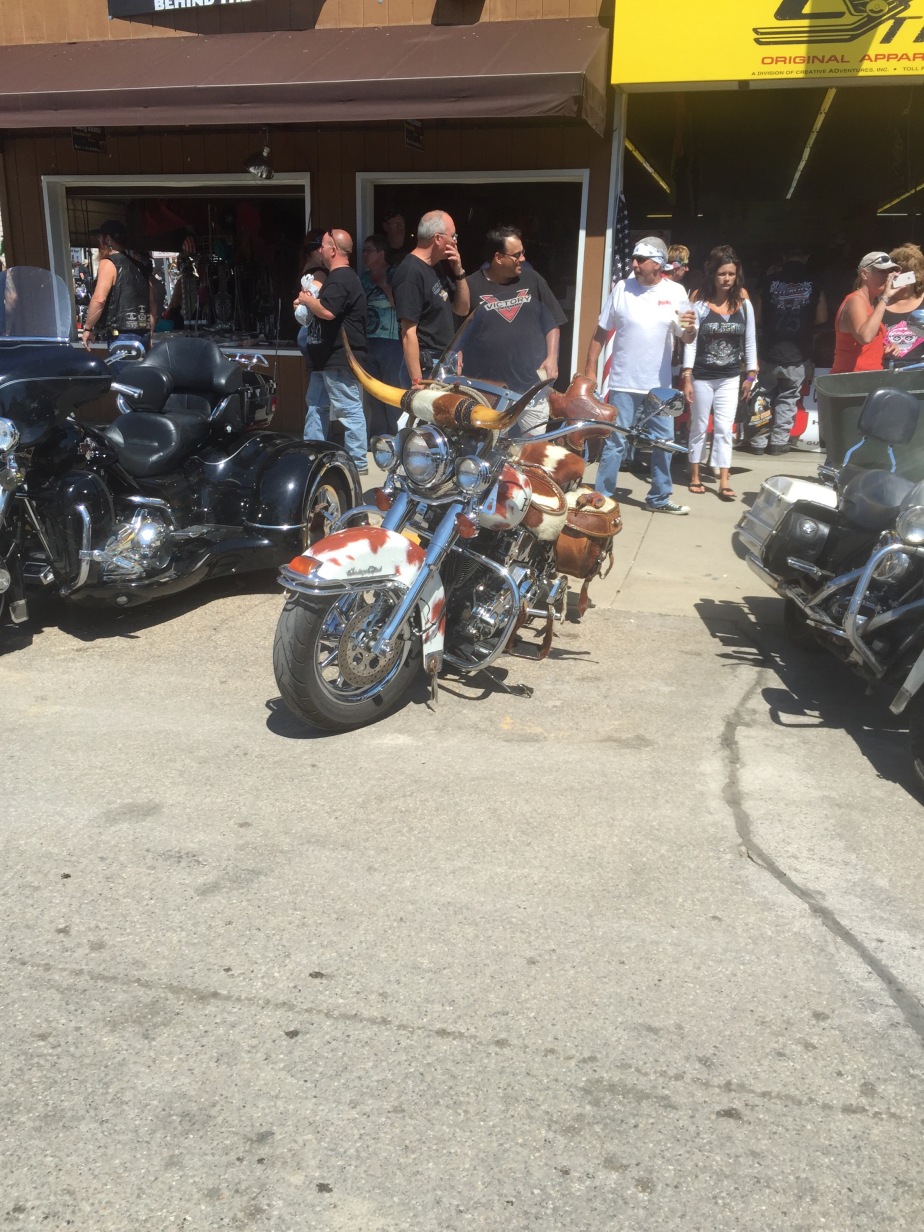 Lucky for us we were able to get a part for my bike.  Voila! A regulator for the heritage was in our hands!

Then was time came for us to cruise Main St.  OMG OMG   I’ve never seen so many bikes at once!  I’m in overload!!

I can honestly say that even though we have only been here three days, some of my horizons have been expanded so far that I’m pretty expansive now.  LOL

Somehow along the way we lost RC even though he was supposed to be along to pay for the broken parts from running into me.  Someh0w he got separated from us even though we were texting him our location the entire way.

After seeing the sights around Sturgis, we headed to the Full Throttle Saloon.  Little did I know that it was the one and only chance to see this marvel.  And again, I was in overload. 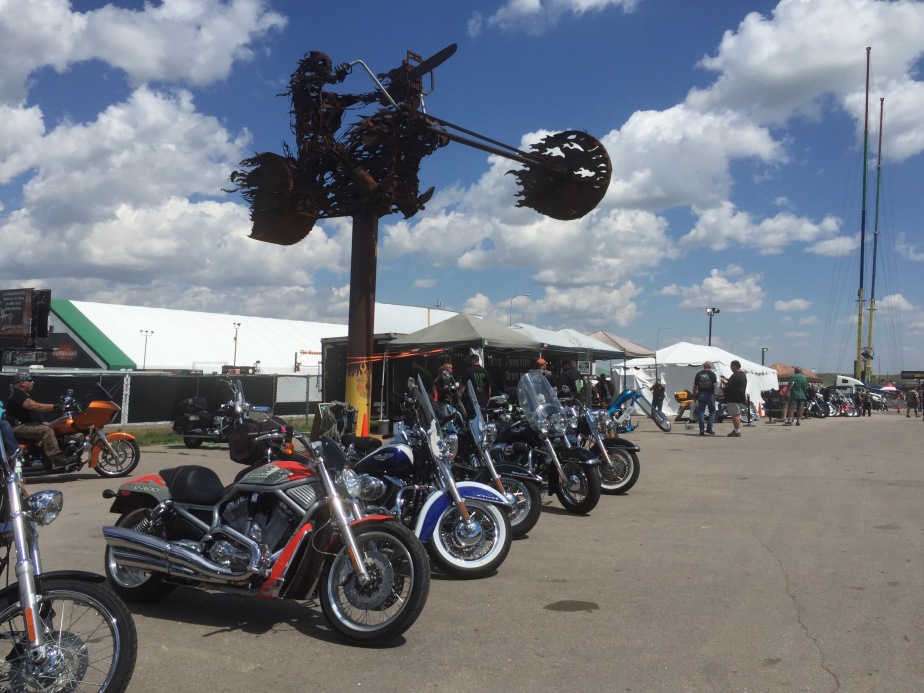 The Full Throttle was more than anything I’d ever anticipated.  Between the Mad Max style atmosphere with the walkways,  the Midget Wrestling (yes you read that right), and the zip line over the stage and bars (that is a plural).  As well as all the bars, and wrestling rings, there were food venders, a metal ball that had two motorcycles in it,  a distillery for brewing alcohol,  and a stage for the headliners.  There was a semi cab over with a skeleton, a jackalope on the wall, an elk head with a g-string on its horns….  oh my!!!

After a snack, we headed back to the campsite via the shoe leather express.  Wow.  I think I was deaf from the roar of the constant stream of motorcycles on the

A full evening with concerts and a full menu of prime rib to finish it up.

Becoming a better version of myself - for myself.

BIKER TO AUTHOR-Motorcycle and RV Travel and Adventure

THE BLOG OF TRAVEL