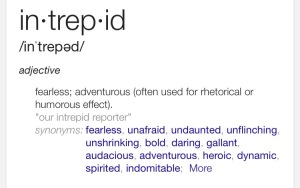 I have been thinking long and hard about a title for this post. I could call it Intrepid. Or Remember When. Or Rainy? So what! All of those titles would apply.

Where is this going you ask? Let me tell you the story. ….

Rain comes to the Pacific Northwest coast of Canada around October. What that means is our riding season starts to wind down. The days of sun and clear skies dwindle as wind storms blow through our valley resulting in the roads littered with tree branches and  leaf debris.  Not very nice road conditions for a motorcycle.

Today found Husband and I making a foray out in the onslaught to pick up some items from the local Canadian Tire. As we parked and were entering the store we noticed a young couple on a motorcycle sitting by the automotive bay but thought nothing of it.   We finished our shopping and returned to the truck with our items to find that the young couple had come to park beside us in the main parking lot. We also noticed another vehicle where a set of truck jumper cables were being employed. It would seem this young couple had taken the ferry from the mainland and were having charging issues with their battery during this short weekend trip. And to top it off there were no mechanics willing to work on a bike.

(For fellow riders reading this blog, you probably will know that when we see a motorcyclist in trouble, we all feel abligated to stop and help as much as we can – even if the only form of help you can provide is to stand and commiserate about the terrible circumstances)

So we stopped, asked questions and between all of us came to the conclusion their battery was not holding a charge. Further questions made us realize the battery was probably pooched.  Now, this posed a number of issues for this young German couple because they were on the last stop with a garage that would be able to provide them with the motorcycle battery on their way to Tofino and Ucluelet on a long weekend.  How could we let them embark on a ride on hairpin roads and a highly technical road with an unreliable battery? Especially since the weather forecast really sucked!!! We discovered, the main rider on this 2001 600cc bike had only gotten his license in June.

The young man went in to the store and purchased a new battery which husband – who goes nowhere without tools – took out the old battery and installed a new one for them in the middle of a rainy, cold parking lot. At the end, handshakes and hugs were exchanged and the two set on their way. On the way home we marveled at how adventurous the two were.  And how, we as seasoned riders would never attempt the road in the conditions they were going to encounter.

It did give me pause though.  Their persistence. Late fall. Rainy roads. Narrow windy mountain highways in late fall. Arriving in a strange town in fading daylight.

I had to admit their sense of adventure.

All in all, I think sometimes if we have been riding for a number of years, we all have at least one of those trips. It might not have been the most enjoyable – but the adventure was invaluable.

Becoming a better version of myself - for myself.

BIKER TO AUTHOR-Motorcycle and RV Travel and Adventure

THE BLOG OF TRAVEL